Finland, Europe and the Western security community. What next?

For over a decade, the neighborhoods of Europe have been in ongoing turbulence. It’s not self-evident that conflicts and disagreements will be solved within rules-based cooperation and established institutions. Recent actions of Russia, China, and Turkey, for example, have raised concerns. Is the EU capable enough to respond to new threats, such as hybrid and cyber warfare? Can the EU as a part of the Western security community respond to all the new challenges, and what options does Finland have – so far as a non-NATO country?

Europe has a long history full of conflicts. Even with all its flaws and shortcomings taken to account, the European Union has succeeded in bringing together many former enemies. But will this story of relative success live on and flourish, or will the weight of our weakness grow unbearable? One of the biggest, and in many aspects, most important members of our community chose to part ways and took with it the most powerful European military force. Hybrid influencing and other kinds of malevolent activity from actors both outside and inside the European society do their best trying to keep the EU weak and scattered especially in the fields of international policy and security.

After Brexit, the United Kingdom is of course still a part of Europe and an important partner for other European nations and to the EU, too. But some drivers deepen the division between the UK and the EU. One recent example is the AUKUS-pact, which must be seen as a part of a bigger shift of the center of gravity in world politics. The main axle is no longer over the Atlantic Ocean but the Pacific – between the United States of America and the People’s Republic of China. China has built itself up as a regional military superpower and a global economic superpower. And Washington, of course, wants to build up alliances to counter the red danger in Eastern Asia. On the global chessboard, it is questionable whether the EU should be seen as a player at all – or just a piece that others push around.

As Europeans, we cannot expect anyone outside our own circles to come to solve these issues for us. It has long been clear that they are left for ourselves to be dealt with. The question is: Can we do it? Do we have the will to do it – and if so, what exactly do we need to do, and who is in charge? What kind of preparations are already on the way, and is it enough?

This publication will present some insights on these issues from a variety of backgrounds. Dr. Niklas I. M. Nováky, Ph.D., is a Senior Research Officer at the Wilfried Martens Centre for European Studies in Brussels. M. Soc. Sc. Henri Vanhanen has worked as a researcher at the Finnish Institute of International Affairs and has also worked for the Foreign Ministry of Finland, the European Parliament, and the U.S. Department of State. Dr. Soc. Sc. Outi Luova is an associate professor at the Centre for East Asian Studies at the University of Turku. Dr. Pol. Sc. Alpo Rusi is a senior diplomat who has worked i.a. as the special adviser for the president of Finland Martti Ahtisaari, an ambassador of Finland in Switzerland and the Holy See, and a visiting professor in several universities in Finland, Lithuania, Germany, and Britain. Lic. Phil. Henna Virkkunen is a member of the European Parliament and former minister of education of Finland. 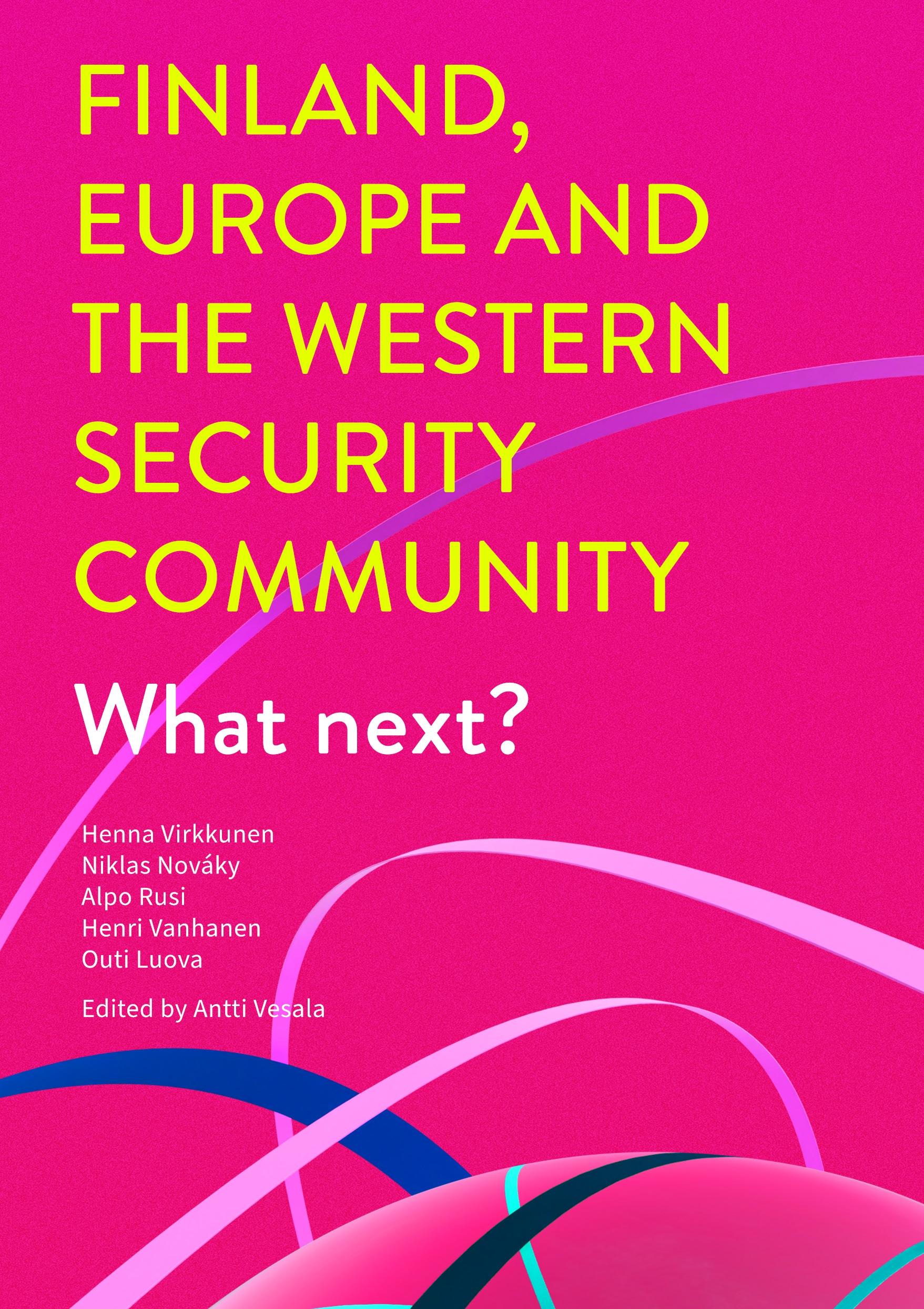